The film industry is reeling today following sickening news of the tragic and senseless loss of L.A based Cinematographer, Halyna Hutchins – a young master of her discipline, a mighty woman who leaves us with a feeling of being robbed of her, but also gifted by the great work left behind.

You’ve probably noticed already that the media is doing what the media does best, capitalizing off the tragic loss of a great woman whilst also erasing her from her own story…

I felt compelled today to remind you of Halyna Hutchins’ name, her face, and her work.

I implore you to check out some of Hutchins’ work included below, and to challenge every news piece about her devoid of decency enough to include her name.

My heart goes out to Halyna Hutchins’ family, friends, co-workers & industry peers, and although nothing can be of true comfort in the face of such a loss, I hope whatever justice looks like to Hutchins’ loved ones is realized in time.

For now, I invite you to join me in a celebration of Halyna Hutchins’ work – I cannot recommend the below films highly enough.

Take care everyone, let’s look after each other as best we can.

ARCHENEMY is a triumph of the indie genre – This superhero mystery thriller written and directed by Adam Egypt Mortimer is elevated and enriched by Hutchins’ cinematography. This film is a perfect study of Hutchins’ experimental lighting, visual psychology, and command of atmosphere, ARCHENEMY is a feast for the eyes.

THE MAD HATTER, a psychological thriller directed by Catherine Devaney benefits no end from how handsome the quality of Hutchins’ vision capturing is. This film garnered a lot of heat from movie watchers on the likes of IMDb who were very generous in leaving brutal reviews & criticisms of the plot, acting, and direction – what’s interesting is, despite everyone’s rush to snub this film, those who have seen it felt compelled to acknowledge the beauty and skill of Hutchins’ cinematography.

DARLIN’, a film described as being a ‘social issues horror’ by writer and director Pollyanna McIntosh – is a sequel to The Woman and Offspring. The horror of women’s subjugation under religious patriarchal control is delivered awesomely through Hutchins’ lens resulting in a super immersive, jolting, and incredibly stunning/unshakeable watch experience. Grabbing this film was challenging for me, every single frame felt like an integral word in a sentence. 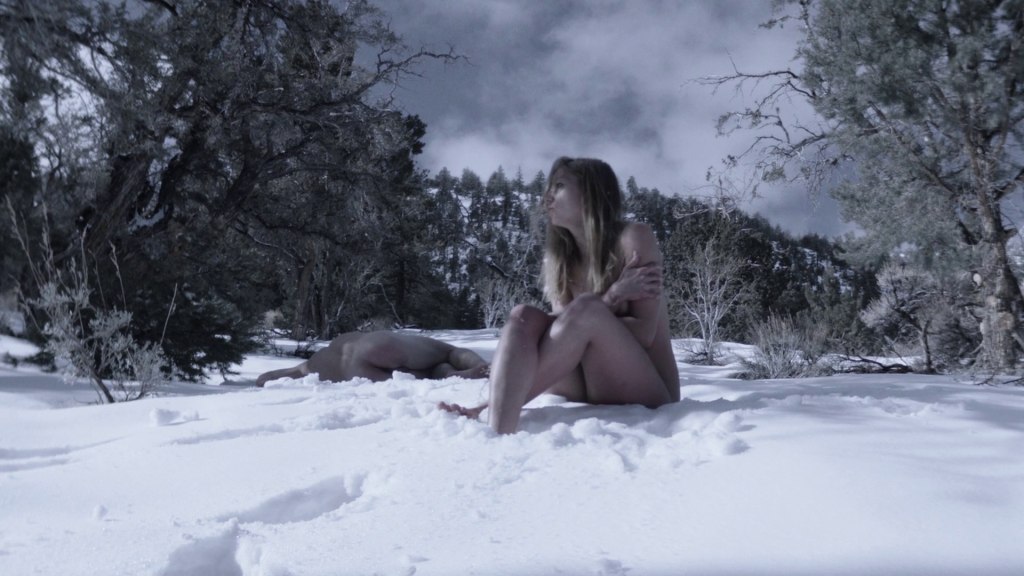